Once again, Jazzy got out of the car in front of a lecturer's home. But this time, the event could not have been more different. The professor, Mr. Mohankrishna, was a recent addition to the college staff and was barely five years older than Jazzy herself. He didn't have much of a reputation - at least not yet - and there were no students huddled around, waiting to clear doubts or ask last minute questions. Murthy had told him about his daughter's predicament and he had accepted the job, viewing it as a challenge to his teaching abilities. 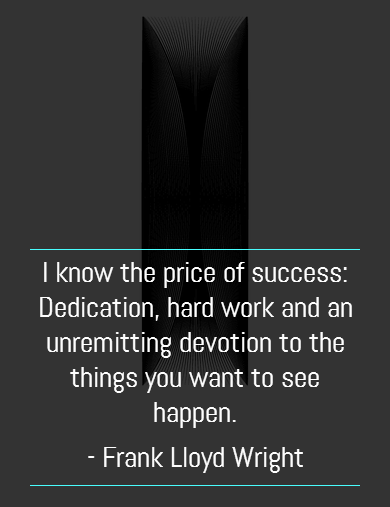 A lady with a kind face had let her in and told her to wait for MK in a rather small room. It wasn't long before he made an appearance himself, carrying a load of Accounts books in his arms. Before Jazzy could utter a word, he started talking.

"Your father has told me everything that happened with The Professor. He also said you were intelligent and determined to pass your exams. I'm willing to teach you starting from the basics if you are willing to work really hard for the next 18 days." He watched her expressions carefully, waiting for a reply.

Jazzy replied, "I'll do whatever it takes to pass!"

And that was that. MK explained that he had created a study plan for her and she was supposed to follow it as closely as possible. He had set aside the first 3 days to get her up to speed with the basics and one day each for every chapter in the textbook. The last five days he planned to coach her through previous question papers and tackle the more difficult problems, along with any doubts/clarifications she had about the previous week's work.

The next few days passed by in a sort of blur for Jazzy. Since there were no regular classes, she spent all her mornings at MK's house studying Accounts. Before she knew it, she was learning the fundamentals of a subject that had only succeeded in boring her to tears in the classroom - until now. By the end of the first week, Jazzy found she was actually intrigued by the subject. She had always been good at and loved maths and she quickly discovered that Accounts was all about numbers. Except that they had different labels like income/expenses and Rs instead of x or y. After calculus and algebra, arithmetic was a piece of cake.


2 days before the exams

Jazzy was sitting at the table where she usually worked with MK, frowning at the pages in her notebook.

Walking in, MK asked her, "Is something wrong?"

Without looking up, she passed him the textbook in her hands. He was greatly surprised to see that it was not the one they had been solving problems from but another popular book used by students.

"I'm just not able to solve this one." Jazzy launched into a litany of issues with that particular problem and halfway through it, stopped with an arrested expression on her face.

"But I haven't tried doing this yet..." She scribbled furiously in her book for a few minutes while he watched bemused.

Jazzy jumped up from her chair, yelling loudly, "I did it! I did it! It's done."

Smiling all the while, MK told her, "My dear girl, you've exceeded my wildest expectations. I thought my work was cut out for me - teaching a girl who knew nothing of Accounts. In fact, The Professor even stopped me in college once and asked if I knew what I had gotten myself into. I can tell you now that I have no doubt you will be able to pass this exam quite easily. Whoever says you cannot, can talk to me about it."

Jazzy nodded happily and replied, "But I could not have done it without you MK sir. I hope you will let me come to you for coaching  next year as well. And this time, I will not wait until the last moment!"

In spite of her brave words, Jazzy was still nervous on the day of her exam.

She knew she had worked hard the last couple of weeks and was reasonably confident of her newly-acquired skills. She had given it her best shot but a nagging voice in her head continued to whisper 'What if my best isn't good enough? What if, after all this preparation, I still fail? Everyone else has studied this for a whole year, how could I possibly know anything after just a few weeks?!'

She was startled out of her reverie with the teacher's signal to turn over the question paper. One look at the first question and all her doubts disappeared, for she was already figuring out the answer in her head. She bent low over the table and started writing.