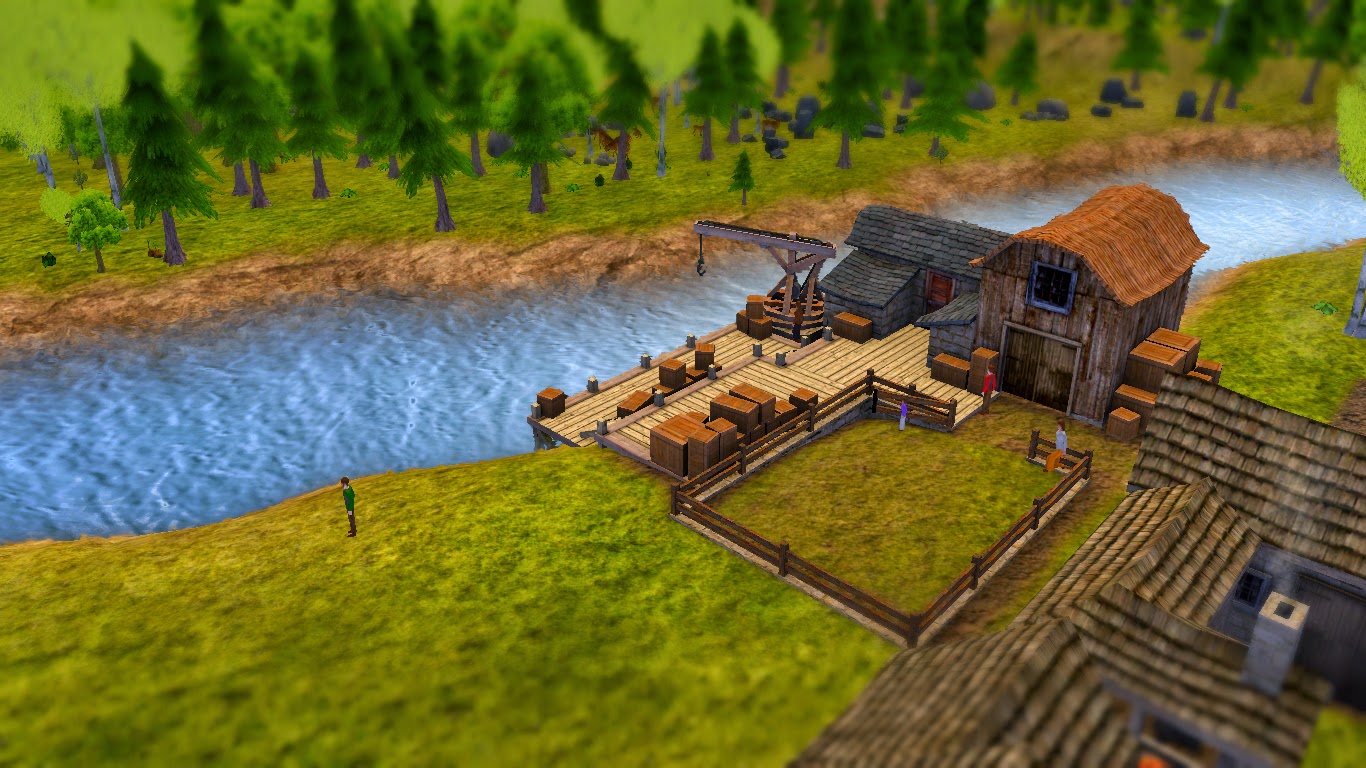 I am dying. Oh, the others make polite sounds and murmur words of encouragement but we all know the truth. Without the advanced medicine and technology available on the other planets, it's a miracle that I have managed to live this long at all. In a month's time, I will be 80 - the oldest any Terran has managed to survive so far. One day we might once again live for centuries but this is the end of the road for me. To be quite honest with myself though, I have done more in these 57 years of banishment than any human with centuries under their belt on Ganymede or Mars. I have felt alive...

Quite a few people were skeptical about the trading post but we managed to finish it just in time before our stock of iron went down to zero. No iron meant no tools and without tools, our little band might well have perished the next winter. I was just as impatient to get news from the planets about the war as I was worried about our diminishing stocks. The first boats to come down the river didn't have much news other than to say that war raged still among the outer planets.

The trading post has been very good for our village. We have livestock, so we don't have to depend on our hunters for leather coats. Why we even have warm woolen coats, thanks to our growing flock of sheep. The first batch of chickens dies before breeding but eventually, we managed to get more. And now we have several pens throughout town. Perhaps most importantly, our little village has grown enough to need a market. Aah, it was a glorious day when we stood in the market square surrounded by all the citizens of Terra - all 125 adults and 34 children!

When I set out to Earth, I had no goal in mind except that I wanted no part in a nuclear war. Now Terra has mines, quarries, trading posts, fishing docks and even a market. We've come a long way since our humble beginnings. I had even started dreaming about re-joining the rest of humanity one day, when the war finally burned itself out. But alas! Two winters ago, a trader from the Towers brought dreadful news - the planets had annihilated each other completely. The war had indeed ended but it had wiped out humanity as well. The only human beings left in the galaxy are the ones right here on Earth...

I do not know how much longer I can keep writing. I suspect not for long but no matter. I am content. Humanity may be no more on the giant planets but we are still here. Mankind settled the planets from Earth once upon a time and I am confident that we will reach for the stars once again. Someday.