Jazzy got down from the car and walked up to the address shown by the driver. A bunch of students were streaming out in ones and twos, discussing accounts and the forthcoming exams. Most passed by without even looking at her, though a few did glance curiously at this new face. She went inside and knocked on the door. It was opened almost immediately by a little girl of about 7 or 8.

For a moment Jazzy was confused, then realized that tuition had closed for the year. The students had all been sent away to prepare for the finals and here she was, getting ready to start!

"The Professor knows I'm coming. Will you please tell him that Murthy's daughter is here?"

"You wait there," said the girl pointing to a door close by, before running off inside.

Jazzy went into the room and sat down on one of the chairs close to the blackboard. The last few problems of the day were still on the wall and for all she understood, it might as well have been Greek or Latin. She opened her notebook and doodled on the inside cover. Around campus, the Professor was legendary for his teaching ability and his students consistently topped the state results. He wasn't exactly popular but respected by everyone. Every other teacher was Prof. X or Sir/Ma'am but he was The Professor and he was Jazzy's last hope. 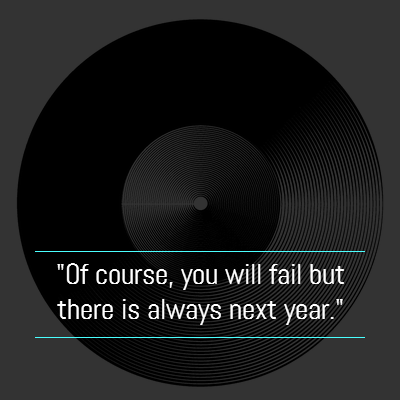 "All right, let's see what we have here." The Professor strode into the room, barely sparing her a glance. Almost before he had finished talking, he'd opened up the accounts textbook. "You will do one problem from each chapter, so I can judge which are your weak areas," he ordered.

He sat down expectantly and Jazzy realized that her father had not told him the extent of the trouble she was in. The Professor thought she was just another student in need of some help before the finals.

"Umm Professor," Jazzy said haltingly, "I cannot do the problems.."

Her voice trailed away into silence under the man's piercing frown.

"No, it's not that," she interrupted him hurriedly. "It's just that I don't know accounts at all. I was a science student in school and have no idea about debit or credit!" She waited for his reaction, it wasn't long in coming.

"Are you telling me that you do not know debit and credit? You cannot tally a balance sheet or draw up a P/L account?" he demanded.

"Is this some kind of a joke? What have you been doing the whole year in college? I cannot teach someone who does not know even the basics. Debit and credit is like the alphabet, not knowing even that much you expect to learn poetry in just 3 weeks?!" He practically yelled at her before storming out of the room.

Jazzy's heart sank, she was doomed. If the best Accounts teacher on campus couldn't save her, who could? Even as she thought that, she could hear some words from the next room. The Professor was calling up her father to tell him that it could not be done. He came back into the room and motioned for her to leave.

"I have spoken to your father. You may go now. No one can help you at this last minute. Of course, you will fail but there is always next year."

She could tell that he wasn't angry anymore. He actually pitied her! No doubt he thought she was one of those girls to whom education wasn't important, she was only studying to get married anyway. What does a year here or there matter?

I'll show him. How dare he say there is no hope? I will not lose a whole year of college to a stupid subject like Accounts.

She was furious until she reached home. In a fit of anger, she pulled out her textbook and sat down to study.
I can do this, I am not an idiot. But after 5 minutes, it was obvious that she needed help. First she had to learn the alphabet and only then did she have a shot at the exams. Her shoulders sagged. Now that the HoD himself had given up, who would think that she could be taught an entire subject in just 3 weeks? Even worse, what was she going to tell her father? Surely he'll be mad at me now!

When her father came home for dinner that night, she waited to see her father's reaction. She fully expected him to scold for leaving it till the last minutes and letting a small problem snowball into a giant one.

But instead, all he said was "Hmm he was wrong. What kind of teacher is he if he will only teach the smart students? Those boys and girls would top the state with or without him! A good teacher is one who can help any student, as long as they are willing to learn."

Jazzy was utterly shocked to hear her father criticize someone - and a professor at that - in this manner.

"But put that aside for a minute. If even he says I am beyond hope, who can I turn to?" Jazzy wailed.

"Don't worry. I'll arrange for someone else. It's not as if the Professor is the only accounts teacher in town." Lost in thought, Murthy reassured his daughter and went into his office.

Like most students on the verge of exams, Jazzy started praying. Oh god, let me pass this time. I promise I'll do my best from now on. If only father finds someone who is willing to teach me, I'll work as hard as I can to pass!