Hero: Male lead who always emerges victorious in the end.

Easy to mistake for the villain - they often do the exact same thing - so it is necessary to introduce him to the audience with a traditional song and fight scene.

Now, heroes in Indian movies aren't nearly as type-cast into certain roles or cliches as heroines but that doesn't mean heroes don't have rules too!

1. A hero can always fight
It doesn't matter if the guy is a school teacher or doctor (as opposed to a policeman or a soldier), if he has never had any martial arts training or attended self-defense classes. If his mother, sister, wife or girlfriend is threatened by any thug, mafia gang or corrupt cop, the hero will fight anywhere from 1-20 people effortlessly. Well, sometimes he might get hurt but he will always go on to win in the end. After all, nobody can be stronger than our hero. He's the HERO! 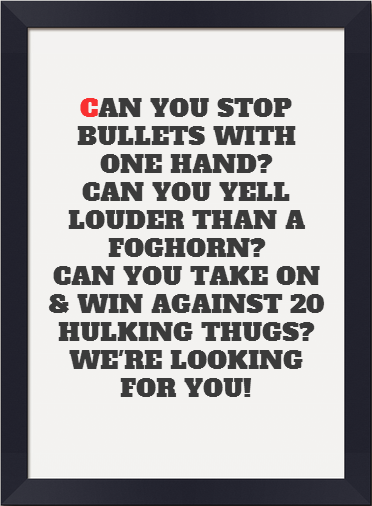 2. A hero will refuse to fight with a weapon, to show moral superiority
No hero will even think of arming himself properly before a fight even if he is vastly outnumbered with heavily armed rowdies. Naturally this does not apply to spontaneous or unexpected skirmishes but even then, the hero will refuse to pick up any guns, bats or other handy tools when the bad guys drop them. In fact, if he somehow ends up with a weapon, he will throw it away right before the boss battle just to show how much of a badass he is.

3. A hero can do no wrong
No hero will ever have a moral dilemma or face an ethical/moral situation with grey areas. The world is black and white and the hero always knows what is right. He will never fumble, make the wrong decision or even an accidental mistake when it comes to moral judgements. He is incorruptible, brave, honest to a fault, generous, selfless and compassionate. He can only have minor faults such as laziness, rudeness (generally rationalized as 'attitude') or being late to class.

4. A hero is always entitled to the heroine's affections
It doesn't matter if he is ugly, stupid, uneducated, poor or unemployed. He can - and frequently will - fall in love with beautiful, rich, smart young women and is entitled to be loved in return, mostly because he performs some heroic acts of bravery. If the heroine does not fall in love with him, it is attributed to her arrogance, discrimination, attitude etc. Anything except that the hero is an idiot. [He may very well be, I've seen plenty of idiots masquerading as heroes in Indian movies]

5. A hero can rationalize any violent/crazy act in the name of 'love'
This one is a real doozy. What do you call a guy who stalks a woman everywhere, tricks/lies/manipulates her into going out with him, threatens to kill himself or her, publicly humiliates her or threatens to do so, because you know, he loves her so much? That's right, an Indian movie hero! Not every hero will do all of the above in every movie, just in case you get suspicious that this isn't reality at all.

6. A hero need not be a virgin
Not that the concept of virginity even applies to heroes. A hero can have ex-girlfriends, ex-wives, dead wives and the heroine will still fall in love with him. Directors don't have to twist themselves - and reality - in knots to show that in spite of being married, the hero is still a virgin and hence allowed to marry/love someone again.

7. A hero always loves his mother/sister
He will never have any problems, issues or arguments with them beyond silly play-acting. He is always protective of his sister and she will never resent him for it. There is no such thing as sibling rivalry (though it is possible between brothers). He may fight with his father because he is too strict but will never have any problem with his mother. In turn, his mother will always like any girl he falls in love with because you know - REALITY. The bad guys often exploit the hero's excessive love for his female relations, yet it never occurs to any hero not to advertise such feelings especially to the bad guys themselves!

8. A hero can get away with anything
Also called 'the ends justify the means' trope. Both hero and villain will stalk the girl but only one walks away with the prize. Kidnapping, murder, rioting, gang violence...you name it, some Indian hero has done it and gotten away with it too! (No pesky kids and Scooby Doo to stop them!) But no villain ever will.

Did I miss anything? Go ahead, add your own little titbit in the comments!