On The Important Questions In Life 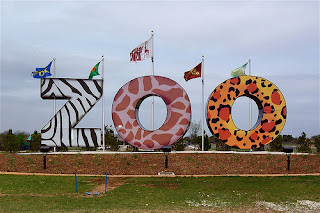 I loved going to the zoo when I was a kid. I'd always loved animals and this was probably the closest I would get to some of them. Then when I grew up a little and came to know more about how the animals were forced into small cages and generally not treated well, I hated zoos with a vengeance. Wild animals were supposed to be in the wild damn it, not in tiny squares of our choosing. Then I grew up a bit more and found out about zoos that have solid conservation programs, helping to preserve species that humans are driving to extinction. Zoos with natural exhibits and no cages. I loved zoos again.

I went through the same flip-flopping on the the question of god, religion etc. As a child, there was no questioning any of it: the pujas, the rituals, the singing and the work. It was as much a part of life as eating or playing. I remember helping my mother with cleaning the puja room, watering the tulsi in the backyard and fetching flowers for my grandfather for the daily ritual. 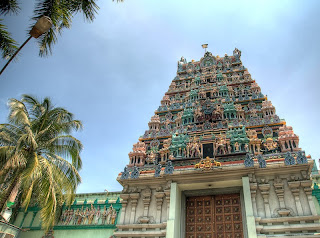 Later after I started school, it got to be a burden. I'd forget to pray or didn't want to go to the temple when I'd rather be reading my favorite books. Even my young mind worked out that if I didn't believe in god, I wouldn't have to do anything at all. So I declared to everyone that I didn't believe in god. I didn't know the word atheist back then.

It was also the way I rebelled since conventional options were ruled out - drinking and smoking were too dangerous to experiment with (it was likely to hurt me more than my parents), I wasn't a fan of wild colors in my hair, I was not even remotely interested in boys and body piercings/tattoos involved paying someone to hurt me! So feminism and atheism were my rebel cards, partly because I liked to support the underdog. Sail against the wind just to see what might happen.

Anyway, there came a time when I pretended to believe so my mother wouldn't get so upset about it. It was difficult at first and only got harder. Just when I was about to get tired of it all, the dreaded M word started making its appearance. After finding out the rules and requirements for marriage, I decided no more pretending. It just wasn't worth it. Plus being an atheist has its perks, like an instant fount of religions to make fun of. Also channeling Bill Maher -


The best thing about Atheism is how it requires so little of my time!

And that was that. I settled the question of god once and for all. Took me long enough. Also, ironic how the least important questions take so much thought and time to clear up!