5 Things I Find Odd In America

September 19, 2013
1. Americans will drink anything but water
It's true. The drinks aisle in the supermarket will have everything from vitamin water to fizzy drinks to fake fruit juice with labels proudly proclaiming that they contain no actual fruit and people will buy any of those, but they won't drink water. Like this guy, who convinced himself he doesn't like its taste!

2. Meat is cheaper than vegetables
And Americans consider it the most natural thing in the world. I find it completely illogical that it is cheaper to buy the meat of an animal that has been fed grain, than buying said grain by itself. But maybe it's just because I'm Indian and I actually know where meat comes from. And milk. And leather. And all the rest. Many Americans seem to be blissfully unaware or in some cases, willfully ignorant. Which leads to memes such as this one.

3. Eating out is better than cooking
Especially when you consider that cooking at home involves buying groceries, keeping track of expiry dates, thinking of recipes and you know, the time spent in cooking. Cooking is not natural at all and of course, completely optional. Most dishes aim to fulfill the trifecta of bad health: cheesy, fried and salty. Combined with meat being cheaper, it's no wonder people are getting fatter all the time. 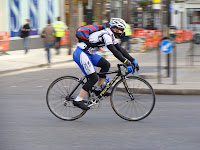 4. They love buying stuff
From what I've seen, Americans can't be happy if they aren't buying something. Want to exercise? Well then, you need a gym membership, a trainer, some aerobic classes, gym clothes, proper shoes, and of course a couple of apps on your phone. Thinking of cycling to work? Then buy yourself a bike, helmet, cycling shorts, appropriate shoes, water bottle, tire repair kit, knee and elbow pads and a lock.

Even with that attitude, they are still not aware of some simple things that can make life easier like say, a pressure cooker. Oh wait I forgot, cooking is optional!


5. But they have too many choices
I never thought I would say this, but there is such a thing. There is enough choice here to paralyze a normal human being. It's easy to see why people just end up buying the cheapest or branded stuff, even though it is probably unhealthy or toxic to the environment.

I wanted to buy vanilla ice cream the other day. Shouldn't be too hard, I thought. I mean the word vanilla itself means plain. Not in the good ol' US of A though. First off, you have to choose a brand. Done? Now pick a flavor you like. Do you want plain vanilla, homemade vanilla, extra creamy vanilla, low fat vanilla or french vanilla?!

My husband and I devised the best method to cope. We buy the one with the shortest ingredient list, hopefully one which has few chemical names on it. Really some of those things shouldn't be allowed out of chemistry textbooks, let alone into the food we eat!