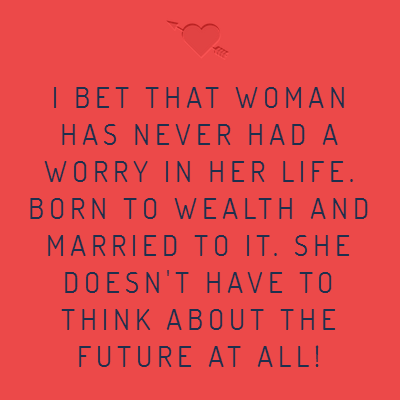 Sana hung up the phone and hurried onto the set. Thankfully the director hadn’t finished yelling at the technicians, so the rest of the models for the shoot were still lounging at the far end of the room. She sank into a sofa next to Maddy, relieved that her sister had taken the bad news well. She’d really been looking forward to meeting Abhay after such a long time but this shoot couldn’t be postponed. Damn her manager for doing this without consulting her!

Raj had been her first agent when she started her career and she had no complaints about him, until a year ago that is. He’d started behaving oddly, pushing her to do more campaigns than she liked and booking ramp shows without so much as asking her. Yet despite working a hectic schedule, her bank accounts weren’t growing. Whenever she asked anything about her finances, Raj would put her off saying that her investments were doing well and not to worry.

But she did worry. She had thought of asking Nihar for help but she had her own problems and Sana didn’t want to add to them. What do you do when your own manager is stealing from you? Maybe she should hire the private investigator as Maddy suggested. He’d helped gather evidence against Maddy’s ex-husband and now she was finally free to marry anyone she liked. Yes, he could probably help her.

After the shoot, Sana and the others went to the party hosted by the car company which had commissioned the ad. She dearly wished she could go home and lie down but these things came with the job. When she had first started out, the parties had seemed to be so glamorous! She would dance all night with her friends and enjoyed every bit of it. Alcohol flowed like water and no self-respecting model would eat food instead of smoking cigarettes. She was very lucky to have a fast metabolism, some of the others would fast for days if an important ad shoot was due.

But now? Her feet were hurting and her eyes smarted from all the smoke. She must have posed for what felt like a million photographs but all this publicity would be good for her upcoming movie. Surprisingly, the thought of that didn’t cheer her up at all. She’d been looking forward to breaking into Bollywood but that industry was just as bad as this one, if not worse.

And all for what? wondered Sana. In a few years, I’ll lose my figure and my career will be over. If I ever become a success in the first place. At 23, she felt middle-aged and unhappy. She’d had more boyfriends than she cared to count and none of them had really mattered. She couldn’t recall their faces or even their names in some cases. She doubted if even one of them could tell what her favorite food or color was, hell Ricky hadn’t even known she had a sister or father!

Suddenly there was a stir at the entrance. The crowd cleared a path for someone who had just entered. Sana craned her neck to see who it was. It was Tia, the chairman’s wife. Perfectly dressed and coiffed, no one could believe she was 58. She looked more like 45, though rumor was that she had had some extensive plastic surgery done to achieve that effect. Tia crossed the room to the car on display and cut the ribbon. Hundreds of cameras flashed and everyone started to clap.

Sana wondered what her life must have been like. Tia was born with the proverbial silver spoon, the pampered and only child of millionaire parents. She had children and grandchildren but didn’t look like anyone's grandmother. I bet that woman has never had a worry in her life, Sana thought wistfully. Born to wealth and married to it. She doesn’t have to think about the future at all!