Last week I talked about moving halfway across the world and how it wasn't half as bad as everyone made it out to be. Turns out, being married can be fun too. 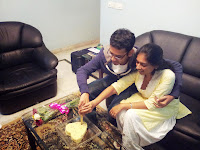 I must have dreamed about marriage once. Maybe when I was a kid. I must have because that's what girls are supposed to do, apparently. For most of my adult life though, it wasn't such a big deal. Until I finished college of course. Around that time started the Great Hunt for a groom and needless to say, it was a time of butting heads and loud noises.


Not that my parents wanted to force me into anything but they just didn't see any alternative to the traveling circus otherwise called Arranged Marriage in India. Bad enough that I saw many relationships between friends fall by the wayside and I couldn't find anyone I wanted to spend my life with. On the other hand, the guy parade consisted of these specimens. I was stuck between a rock and a hard place.

Of course, my mother and many other well-meaning relatives, had a lot to say about  the benefits of getting married. None of that helped. Unless they really thought adjusting forever to living according to some arbitrary rules of a random family was fun. I suppose making a decision to quit my dead-end job according to what any potential husband and MIL might think in the future might actually make sense in some alternate parallel universe. Unfortunately for me, I wasn't living in it.

And that was just the beginning. I would have to change my name when I get married. I would have to pretend to believe in god and perform all rituals and festivals as if there really was some man/woman up in the sky listening to all of it. I could probably never wear jeans again. I'd have to keep my intellect under wraps since no man likes to have an intelligent, articulate woman for a wife.

In fact, after marriage, I might as well forget that an 'I' ever existed in the first place. I was supposed to re-arrange my entire life around a man I might not even like or respect. And afterwards do the same for any kids that would, in due course of time, appear. Because what does making babies have to do with liking the person who shares that responsibility with you? Silly girl.

Whatever hope I had of finding someone even remotely normal were dashed to the ground, thanks to an aunt of mine. Her exact (as far as I can remember) words were: Doesn't matter how educated a man gets, he can never acknowledge a woman as his equal. Meaning I can forget being treated as a responsible, capable, free human being after marriage. By anyone, even a rocket scientist. [Any Vysya rocket scientists out there are welcome to refute this :D]

As it turns out, everyone was wrong. Me too, when I think about it. I actually believed all those horror stories. Because there are some guys in my caste who are normal. Who use the brains they were born with. I was lucky enough to find one of them. Halfway across the world he might have been, but find him I did!

I used to think marriage meant the end of doing whatever I wanted. Not anymore (at least not for me). I haven't had to do a single thing I didn't want to. I have done many of the things I've always wanted to do, but couldn't. And many other things I didn't even know I wanted. It's been an amazing year so far and I couldn't be happier. 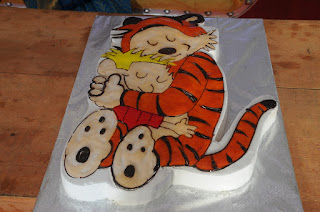