March 27, 2013
I recently found this post on G+, about marriageability and rape sentencing in India.


1. There are no rules on sentencing rapists in India
2. Rapists get lighter sentences if their victim is married, not a virgin, or gets married before the trial.


I know some of you would be shocked on reading this. Unfortunately I also know that the majority will not. Proof? The fact that the above continues to happen to this day.

Whenever there is a new rape case reported in the paper, the media explodes. Including blogs. There are reactions everywhere, discussions about how to reduce such incidents and almost invariably, accompanied by advice to women everywhere on how to avoid getting raped.

Some of the random advice in media, which are supposed to help me avoid being raped:

1. Do not wear ponytails because the rapist can use that to hold me.
2. Do not wear short skirts or tight jeans because it will be used to question my morals in the trial later, not to mention I might just provoke a random man to rape me, because he can't control himself.
3. Do not go out at night, even with other people, unless I'm in a large enough group that can't just be assaulted and bumped off.
4. Do not use my cell phone or rifle through my purse or do anything else that might distract you. Always be on the alert.
5. Do not go jogging/running/walking with my ipod. Music distracts me from being on the alert from would-be rapists.
6. Always let someone know what time I'll be reaching home or my destination, so they can call the police if I'm late.
7. If I feel someone is following me, pretend to talk to someone on my phone, implying that he/she will be joining me in a minute. That should scare him away.

And the list goes on. Ad nauseam. (Let's ignore the fact that most rapists are known to the victim, in which case most of the above would be useless)

To all the people who think this is a perfectly reasonable response, I pose 2 questions:

1. In spite of all my precautions, if I get raped, will you argue that it was my fault or that the rape couldn't have happened? If a man forgot to be alert for a second and had his pocket picked, do you argue the police shouldn't recover his money or arrest the thief because, after all, it was the his fault? He was asking for it right?

2. How long do I have to follow these made-up, ineffective rules? Is there any concrete plan by the authorities for reducing the number of rapes in India? Or as I suspect, you're all secretly hoping that if all women everywhere followed these rules at all times, the number of rapes would automatically decrease and we can finally forget about such things?

Why should a woman be concerned about preventing rape rather than a man thinking he shouldn't rape? Since when did it become ok to lock up the victims and not the criminals who commit a crime? Why should only my mother be worried about me coming home late at night? Why is it that no father in this country worries if his son is out late? No family thinks 'Oh no! What if he's out there raping someone!' Why?

The majority of rapes are committed by men on women. So why? 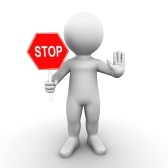 
Tell men to stop raping women. Teach your sons/brothers that women are PEOPLE. Not objects that they can use and throw. Teach men to respect women.

Maybe then, finally, women can stop dreaming about a future where every man has experienced what it feels like to be knifed, pepper sprayed or shot at. Because, I can assure you, every woman has experienced being ogled/touched/groped/assaulted by a man.