March 20, 2013
Another year and one more birthday to celebrate! I love birthdays - the cake, the gifts, the wishes from friends, the party, the trips, the chocolate, the new clothes, the shopping... While I don't get everything on every one of my birthdays, I usually manage most of them.

Two birthdays ago though, life wasn't all so well. March 2011 got the honor of making it to my top 5 Worst Birthdays Of All Time. In fact it was THE worst, beating out the previous record which was when my parents forgot my birthday! And why was it so bad?

So no one told you life was going to be this way.
Your job's a joke, you're broke, your love life's DOA.
It's like you're always stuck in second gear,
Well, it hasn't been your day, your week, your month, or even your year.
2011 was so not my year. But this story, like all my favorites, has a happy ending. This year I'm all set to celebrate the best birthday I've had till now, in all my 27 years of life on this planet. There's going to be cake, fabulous food, amazing gifts and wishes from friends. Most importantly, I'll be celebrating my first birthday with the love of my life. So how did I get to the best birthday from the worst? Unexpectedly, that's how.

Now that I've given away the ending, I'll get to the part about how it all happened.

Cue the flashback sequence. The camera spins backwards and it's March 24, 2011, in Hyderabad. Lightning flashes, you can hear the thunder rolling loudly and it's raining buckets. (It wasn't actually raining on my birthday of course. Rain in March? What were you thinking? That's just the special effects!) 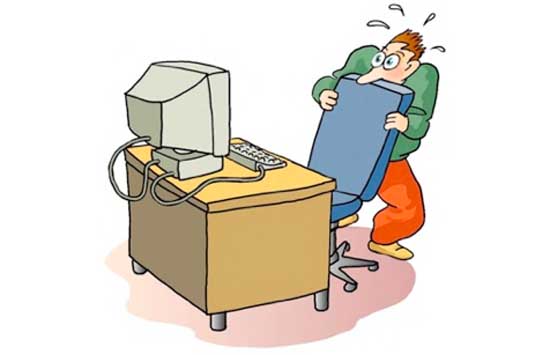 Career: Though working at LIC ranks the highest on my list of Things I'd never want to do, I thought at least on my birthday I'd get to go home early & celebrate. But no! My birthday just had to fall on a Thursday, the one day of the week when I'm invariably stuck late in the office babysitting the server. Why does a server need babysitting? Because you see, computers can't be trusted to do their job, unlike say, human beings. At least that's what LIC seems to believe *shrugs*. Just another one of those weird things you get to see when working at a technophobic organization.

Love life: An Indian girl's love life goes something like this - the moment she reaches the so-called 'marriageable age' (def: socially acceptable/mandated age at which Family can start searching for a groom; varies according to religion, caste, status/education, location etc of said Family) the timer on the bomb goes off. From that moment on, it's a race between the Family and Time to get that girl married. More time passes, the girl starts approaching the 'Impossible to get rid of' age, wherein she becomes an embarrassment to her family by still staying single (worse if it's by choice!)

I hadn't yet approached that age, but neither was I even close to saying yes to someone. And it wasn't intentional either, not entirely. Like most people, I wanted to find someone I could fall in love with, someone who'd make me want to marry him but that someone was definitely not among the many guys my parents kept finding, after hours spent poring through matrimonial websites and what not!

So for my birthday that year, with both career & love life stuck at rock bottom, I ended up eating cake all alone (while my mother worried at home about the un-impending marriage of mine). Well to be honest, I wasn't completely alone. I did have the server for company. And the ticking time bomb.