July 02, 2011
It is often said that Change is inevitable. Anything that doesn’t change, dies. If you think about it, it’s self evident. A tiger cannot always outrun its prey, sometimes it has to use stealth mode. A deer cannot always rely on camouflage, sometimes it has to outrun the tiger. Every species of animal, bird, insect on earth has adapted through out millennia to occupy the specific ecological niche that they now do. Even homo sapiens changed & adapted; albeit at an ever faster pace. It took us thousands of years to come down from the trees, hundreds to evolve agriculture, decades to expand science and now  technology which is changing our society every couple of years.

Yet…certain people refuse to adapt. Not surprisingly these are the same people who stand to lose the most from any sort of change. In fact they even say it’s good to not change! This slow death is called ‘tradition, culture, morals’  and what not. When I point out that change is good, they point to our 3000 years of tradition and say that hasn’t changed.

Really? I’m sure that a thousand years ago, people slept at 11 pm and spent only 2 hours a day fighting for survival. I’d love to see all these people trying to farm the land and make food from scratch (no stainless steel knives, mixers, grinders, refrigerators/ovens/stoves allowed), live without cars, computers, television and air conditioning to name just a few.

Ever since the dawn of civilization, the advance of science and technology has forced society to change and adapt to it. There has never been a time when society has changed of its own volition and science was forced to adapt. No normal person with a modicum of intelligence could possibly believe that the invention of the wheel or the discovery of fire did not profoundly change the society that invented it.

Yet humans have also seemingly evolved a resistance to change, more pronounced in Indians thanks to the seductive appeal of a 4000 year civilization to look back upon. Doesn’t matter that the past has been long since dead, buried and excavated again!

Beginning of Rant - Here’s a sample. In 200-300 years, clothes worn by women in various countries have evolved, all except India. 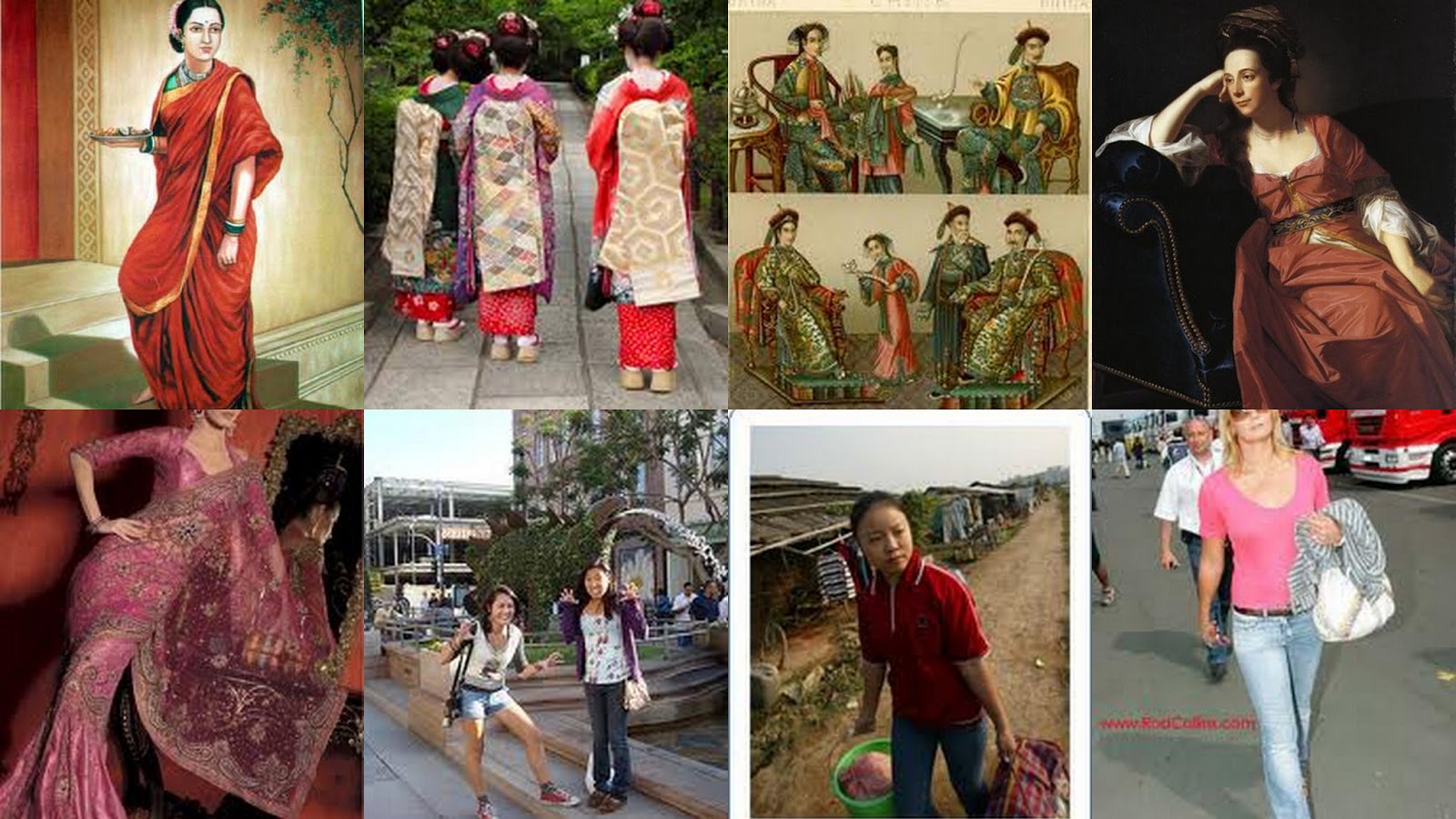 I’ve had several guys tell me that women look better in a saree. Yeah, well I’m not wearing clothes to make you happy dude! As always guys are so super cool with stuff so long as they’re not the ones who have to do it. It never fails to amaze me that women – emotional, weak creatures that we are – are expected to uphold the mighty tradition of Hindu culture! Why can’t the big strong men do it? Oh right, coz it’s too darn uncomfortable. And totally not worth it. End of Rant

Any which way I slice it, I don’t see what’s in it for me to keep this 4000 years of tradition going. If someone can explain, I’d be much obliged. Till then, I say Bring it(change) on!