Bill Gates Convinces 40 Billionaires to Give Away Half Their Fortunes 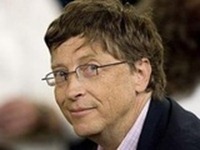 Quite an attention grabber don’t you think? Even better it’s actually true. Bill Gates & Warren Buffet (both gave away their fortunes) have added 38 other billionaires to their project ‘The Giving Pledge’, including such names as Larry Ellison (Oracle), George Lucas (Film Director), Michael Bloomberg (New York Mayor) and many others.

Interesting nugget – if every person on the Forbes 400 richest Americans list gave away just half their wealth, charities would be richer by 600 billion dollars! This got me thinking, how much money could the 400 richest Indian raise?

Zero. That’s the first answer that popped into my mind. I can already hear the outcry  how dare I attack the Indian philanthropic impulse? Question the generosity of my compatriots? I’ve had people practically jump down my throat to defend Indian billionaires. I’m not ignoring the huge wealth of time, money & energy devoted by millions of Indians who in their own ways give back to the community. People & the companies they’ve started do undertake grand philanthropic ventures. 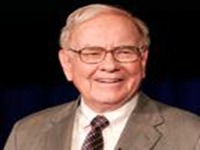 But guess what? There aren’t many rich people who have given away just 50% of their wealth. In their will, charity does not rank as high as family. Compare that to Warren Buffet who has pledged to give away 99 freaking per cent of his wealth. His rationale - keeping an extra 1% of his wealth would not increase his or his family’s happiness in any way. But imagine how much the underprivileged can benefit from just that 1%? You can read his letter here.

The way I see it, the difference lies in the way Indians & Americans feel about their children. Americans see their children as, well, children. You help them grow up and hopefully they’ll grow out of your house too. We Indians on the other hand view children as an extension of ourselves. They are as much a part of us as our arms/legs. Americans look down on the so called trust fund kids – kids or adults whose parents have created a trust fund for them, so basically they never have to work – and Indians aim to create as many of them as possible.

Which is why Americans create institutions, philanthropic ventures, even foundations for charity (coz that’s my legacy) while Indians pour the same amount of money, energy & time into raising kids (coz that’s my legacy). I’m not kidding. Just compare the number of colleges/universities started by individuals in America vs. India. Et Viola! America gets Duke, Stanford etc while India gets a 1 billion population.

No doubt this is an extreme simplification but if the shoe fits…Now I’m not saying we should not send our kids to good colleges or gift them a house. But leaving them 20 houses on your death? Think about it.

Coming back to the question that started it all – How much can the richest Indians raise?

The Answer: The top 100 Indians can raise over 150 billion dollars if they give away 50% of their wealth!