April 13, 2009
I recently came across this article - Playing God in caste-crazy Bihar in the Hindustan Times.

An excerpt from the article:

Couples opting for sperm donations in Bihar are demanding to know the donor’s caste before they go ahead — and often getting their answers as well.

“Neither features nor height nor even IQ concerned us as much,” says Anuradha Rai (36), an Internet marketing manager from the Bhumihar community. “My husband felt if the sperm donor was from a different caste, the baby would not get the right genes.”

I couldn't believe my eyes. This is urban, smart the next generation of India? The so called hip Gen-X? The same generation which was supposed to finally throw off the shackles of colonialism, step out of the shadows of Partition and take its place on the international stage in an age of globalization? Where has that generation gone?

I thought education was supposed to enable people to think differently, analyze and decipher the meanings of thoughts and most importantly, inculcate the courage to question old dogmas and reach out to others beyond the time honored, artificially created boundaries. Apparently not.

I used to think that those in urban areas who are educated would lead the charge towards a caste free nation. Even here obviously the change has been slow. Marriages are still arranged within the narrow confines of caste. The day should come when a person is unable to name his caste simply because various members of his family belonged to as many different castes once upon a time. That day I think, the question of reservation will become completely irrelevant. Instead of moving forward to this goal, we seem to be determined to find new ways of preserving the caste structure intact and passing it on to the next generation. 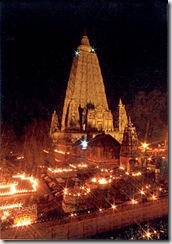 What else can explain the fact that even childless couples, who are looking at the last option available to them simply refuse to let go of such outdated and insane notions? The right genes? 'Purity' of blood? What on earth are these people going on about? It seems instead of making people think logically, education in our country is enabling us to come up with creative new excuses to legitimize age old, and in my view positively retarded, customs!

And the most appalling and troublesome fact in the article is that these people get the answers they are looking for! I mean what the hell?? Why is there a need at all for sperm banks to keep information beyond medical history? While I do not believe that laws are very effective agents of social change, in cases like these they may be only hope. It is the simplest solution in the world to ban establishments from asking and maintaining this information. True, banning sex selection and selective abortion hasn't corrected the skewed sex ratio, but just imagine what would be the state of affairs if it was not explicitly outlawed. It does not even bear thinking about.

In the end, I am quite shocked at the fact that while we continue to debate the ethical implications of genetic engineering or in other words 'made to order' babies (want a baby boy with blue eyes and six feet tall? coming right up) and cloning which frankly are quite some way off in the future, we could not be bothered less about what is happening now in our backyard.