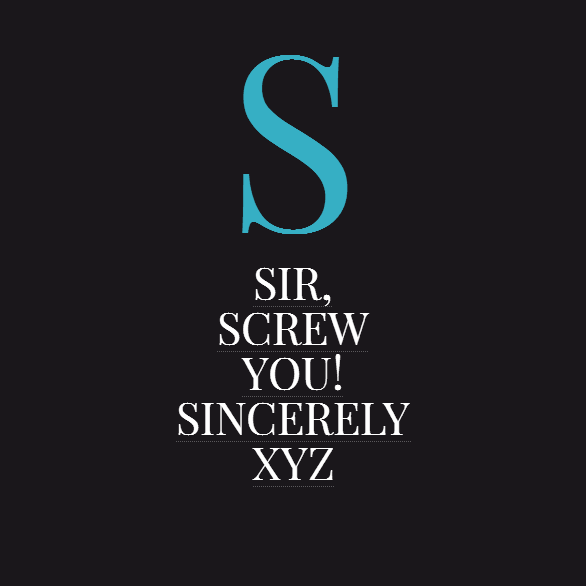 While I didn’t give that in writing, I did quit LIC on the first of October. Seeing as how they have a 3 month notice period, I can sit back, relax & enjoy going to an office where I don’t have to work! For about 68 more days (yes, I have a widget on my home screen for it). They’ve even announced my replacement, waiting for her to get here so I can drop the pretence of working already. The office looks way better now that I’m leaving and putting thousands of kilometres between us.
I could say I’ve learnt a lot of things working here but you and I both know I’d be lying. While I may not have learnt anything professionally, I’ve managed to figure some stuff out about myself. I’ve realized maybe a job isn’t the best thing for me. Working for someone who isn’t as smart as me but just got promoted to the level of his incompetence just pushes all my buttons. I’ve also realized that I absolutely hate filing and sending letters in triplicate. I abhor routine monotony & get frustrated when I can’t change things to make them better. Especially when I know I can make them better.

The only sad thing is that I’d be losing a great source of inspiration for my posts here but I think I’ll make do. The world is a bottomless pit of things to write about & what kind of a writer would I be if I couldn’t write?