August 28, 2011
By now hurricane Irene would have made landfall on the Eastern seaboard of America. Enough has been said about the biggest storm to hit New York, marked by it’s first evacuation. Amid all the hysteria and confusion which usually accompanies such an event, what strikes me as most hilarious is how some people seem to be most worried about internet access. I wouldn’t be surprised if people include some sort of wireless dongle in their emergency kit! Probably want to check in to Foursquare, post retro pictures on Instagram and follow Irene’s progress on Twitter. If something is not tweeted, checked in or Instagramed, does it make a sound?
We, who live in the third world, have our own set of problems. While New Yorkers are worried about internet access during a hurricane, getting a connection from BSNL takes 3 months even without one. I wouldn’t have believed it if it hadn’t happened to me last year. And the journey to get one was both arduous and hilarious. 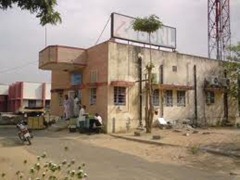 The first time I went down there, the very helpful assistant whatever person tried to get me to opt for a much slower ergo cheaper connection than what I wanted. No wonder BSNL is getting its ass kicked. I should have known then getting internet from here would be a road trip to hell. Three journeys to their office later, I had finally succeeded in giving my application with all the absolutely essential paperwork. Apparently I need to prove my identity, residence and what not just to get on the net. I’m surprised they didn’t ask for a Statement Of Purpose!

Then I waited. And waited. And waited some more. A reasonable time later (a month is reasonable I guess, and that was after I had paid them), I called them and was told that my application is in process, whatever that means. Maybe they were checking my antecedents and intent, I don’t know. Couple of weeks later, I called again and this time they had their ground team on it. Two months and still short one internet connection, I called them only to be told that they did not have wifi routers in stock and would I mind taking another modem instead?! Of course not, why would I mind? It’s not like I bought a laptop for its mobility. It was just so I could ground it with wires to go online.

Finally one day, or rather night, I got it! My much awaited 4 mbps broadband connection. No I didn’t. What I got was only 2 mbps speed. I had to get on the roller coaster again. I tried complaining to their office, no response. Those people might as well have been deaf for all the good it did. I called customer care (there’s a misnomer!) no use. After numerous failed attempts I  had just about given up but decided to give them one last chance. I called some guy listed as GM or something to say I’m not getting the promised 4 mbps speed & his only reply is what am I doing that needs 4 mbps! If BSNL is so sure no home customer would want such speeds, why have the plans in the first place?

Finally I gave up. But only coz I found I’m getting 2 mbps unlimited rather than the 4 mbps capped plan I was paying for, which is actually more expensive. Go BSNL! The road to bankruptcy is paved with screw ups like these. Hiring stars to shill for you will only get you so far. Keeping the customers they lured requires you to do more. It’s obvious that PSUs like BSNL truly have no clue what private companies are doing right. While Airtel & its ilk create high expectations in their customers, then strive to beat them, BSNL fails to deliver even on the ludicrously low expectations we have from it. I’m so looking forward to my sci-fi future sans BSNL.

P.S: I shouldn’t be too hard on BSNL. Rahul told me what happened trying to move his Airtel connection to his new home. While one executive said Airtel does not service that area, another actually asked him if there was any chance he would be moving back to his old place, since they could very well provide service there!
Indeed.