June 04, 2010
Ubuntu 10.04 a.k.a Lucid Lynx dropped right round April but I didn't get the time to test drive it till now. So the other day, I downloaded the.iso file (which took just over an hour by the way, a remarkable feat for my little photon+), installed it and thought I was ready to go. I even said a long heartfelt goodbye to my Windows 7 (my exact words were f*** off M$ but lets not quibble). I mean Windows 7 was nice and all but Linux is something special especially when it looks as good as the Lynx.

Let’s compare shall we?
Here are the two side – by – side: 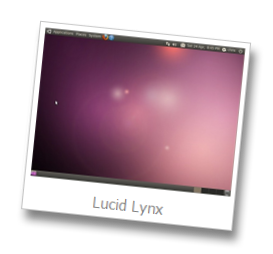 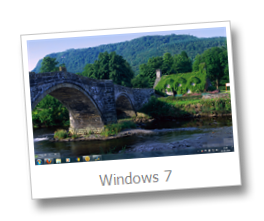 But alas this too was not to be. The last time I had to drop the penguin as it refused to work with my wi-fi connection, this time it wouldn’t detect my Tata Photon+. What is it with Linux and my internet? Without the ‘net my laptop is just a plastic box anyway. Unusable. So once again Windows wins. For now. You might have won the battle Microsoft but I’ll win the war yet!