March 29, 2009
Yesterday, March 29 of the year 2009 A.D was a historic one. We, the people of Earth - at least the estimated one billion of us who participated - raised our collective voices against the destructive havoc caused by Man in his pursuit of progress and comfort for himself at the expense of all other species of this blue planet. So what does Earth Hour look like?

Sydney, Australia. I can almost feel the difference. 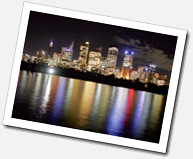 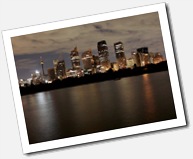 It isn't surprising that Australia is leading the charge for Earth Hour. After all, the movement was born here in 2007.

Earth hour was conceived by WWF and the Sydney Morning Herald in 2007, when 2.2 million residents of Sydney participated by turning off all non-essential lights. Following Sydney's lead, many other cities around the world adopted the event in 2008. Earth Hour 2009 was from 8:30 p.m. to 9:30 p.m. local time, March 28, 2009.

Over at my house, we took Earth Hour pretty seriously. By 8:30 p.m all lights, fans and electronics (non - essential or otherwise) were switched off. We spent the one hour sitting around, talking and watching the news coverage on TV. All said and done, it was quite the 'illuminating' experience. I'm quite sure we'll go dark next year too. So who out there is with me for 2010?